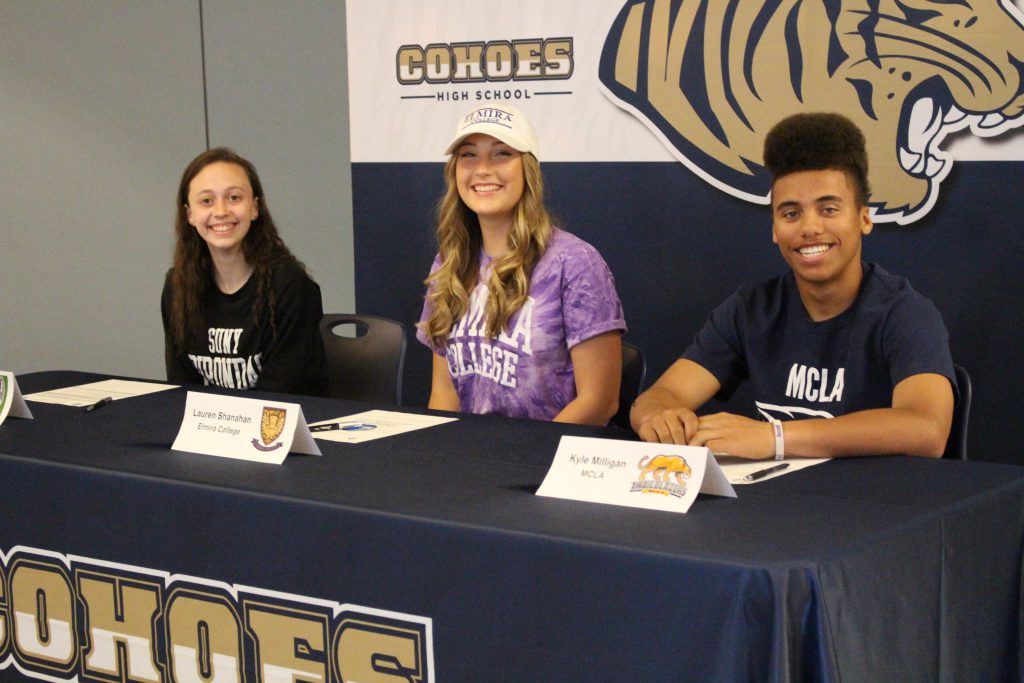 Three Cohoes seniors on Wednesday signed letters of intent/celebratory letters to continue their athletic careers next year at the collegiate level. 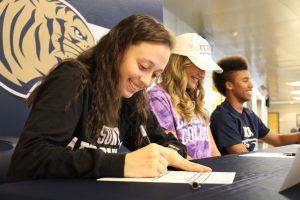 Laura Levitus signed a celebratory letter to attend and play soccer at SUNY Adirondack, where she plans to study sports management.

“I’ve had four different soccer coaches and they’ve each taught me something new,” Levitus said. “They played an important role in getting me to where I am today.” 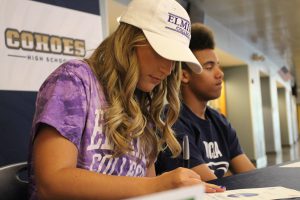 Lauren Shanahan signed a celebratory letter to attend and play soccer at Elmira College, where she plans to major in biology.

“Playing soccer at the collegiate level has always been a dream of mine since I was a little girl playing with my friends in kindergarten,” Shanahan said. “Being able to do that, it’s been a dream come true. It feels surreal.” 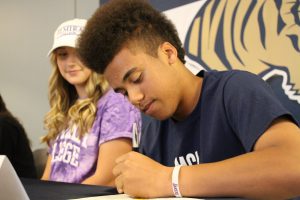 Kyle Milligan signed a celebratory letter to attend and play baseball at Massachusetts College Of Liberal Arts (MCLA), where he plans to major in broadcast media.

“To have them and my friends and family here today, it meant a lot,” he said. “I’m excited to join their (MCLA’s) team. They’re starting to turn things around and I think it’s going to be a fun four years.”

“Congratulations to you on your success in the classroom and on the field. We will miss your athletic ability, your academic ability, and your leadership. But we are so proud of you and wish you nothing but the best next year in your new endeavors at the college level!”