Two Cohoes seniors on Wednesday signed celebratory letters to continue their athletic careers next year at the collegiate level. 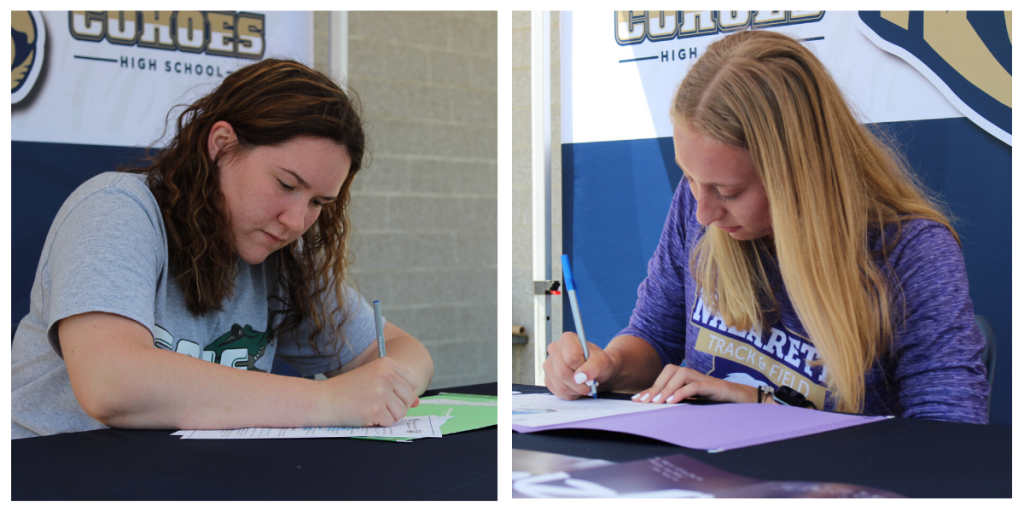 Megan LaPlante signed a celebratory letter to attend and play softball at Sage College, where she plans to major in health sciences.

LaPlante played four seasons on the varsity softball team as a catcher and outfielder. She was part of the 2017 team that won the Class B and regional championships and went on to play in the state semifinal.

Hannah Ragule signed a celebratory letter to attend and run track and field at Nazareth College, where she plans to major in physical therapy on a pre-med track.

Ragule was a three-sport athlete, competing on the varsity indoor and outdoor track and field teams and soccer team. She owns school records in the triple jump (35’ 9 3/4”) and the pentathlon (2,652 points), both of which had stood for more than 25 years.

In her varsity soccer career, Ragule netted 30 goals and 16 assists. She was named a Colonial Council Second Team All-Star this season.

Academically, Ragule is the class valedictorian with an overall GPA of 97.9.

See our Facebook album for more photos from the signing.