Cohoes High School has announced its top three students for the Class of 2019. 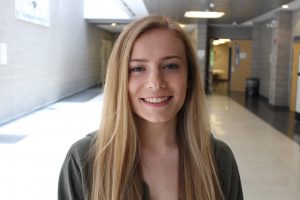 At the top of the list is valedictorian Maggie Gilligan, who leads her class with a 99.1 grade point average (GPA). Gilligan is a National Honor Society member, a student ambassador at the high school, and a member of Community Service and Character Education clubs. She was also on the varsity soccer and lacrosse teams.

Gilligan said finishing at the top of her class was a longtime goal.

Gilligan will attend the Albany College of Pharmacy and plans to become a pharmacist after completing the six-year program. 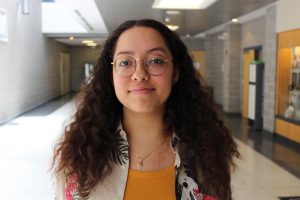 Marielly Herrera earned the title of salutatorian with a GPA of 95.65. Herrera was on the varsity indoor and outdoor track teams and captured school records in the shot put and weight throw.

“That definitely kept me motivated,” she said of her pursuit for the records. “I really wanted it.”

Herrera will attend SUNY Albany and is undecided on a major, but is leaning toward studying social welfare. 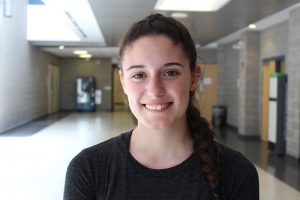 Brianna Forkel earned honorable mention with a GPA of 95.63. Forkel is a three sport athlete, student council president, secretary of National Honor Society, a member of Community Service Club, and a student ambassador.

“I’m ready to explore a new path,” she said. “I wanted to be top three and sit on stage (at graduation), so I’m happy to accomplish that.”

Forkel will attend the College of St. Rose with a focus on childhood education/special education.

“We are extremely proud of these students for all the hard work they put in over the past four years. We congratulate them for the high level of academic success they have attained and thank them for the outstanding leadership the have provided.”