Harmony Hill School’s “Green Team” recently donated $300 to the Animal Protective Foundation (APF) in Glenville. Several students saw a recent news story about a number of cats who were brought to the APF after being found in a plastic container on the side of the road.

The Green Team is a student-led operation made up of several recycling initiatives. The money raised from collecting cans is set aside specifically for the APF, and team members decided it was a critical time to make a donation.

The team received the following letter a few days later: 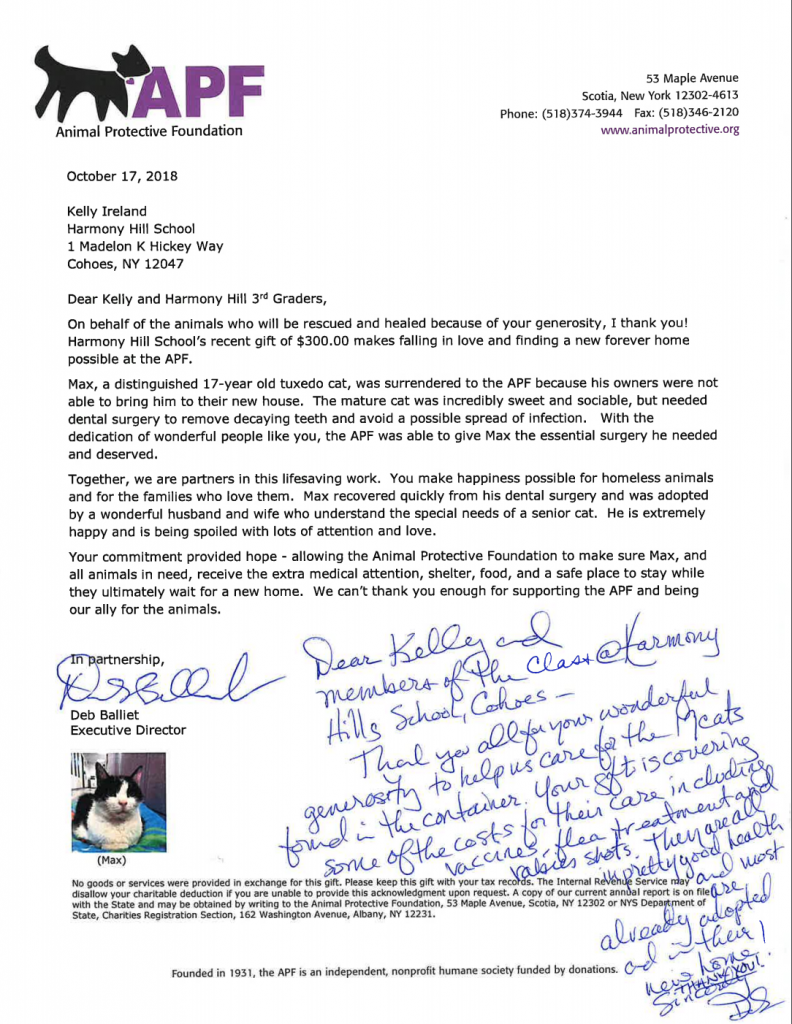